From Copan Ruinas, Honduras to Flores, Guatemala by bus

April 16, 2016November 12, 2017 By The Wandering Vegan
I walked from my hostel to the random bus point for the bus to the border, and it actually showed up 5 minutes early. I’m still impressed that I got on the bus with no issues. The cost was 10 HNL and took only about 15 minutes.
The border crossing was hilarious. The passport agent on the Honduran side saw my picture from entering Honduras the first time (Atletico Mineiro from Brazil) and wanted to talk to me about some of their recent games. It was awesome, but I eventually had to ask him for my passport, so I could get going. He would’ve talked all day. Great guy.
On the Guatemalan side, I almost walked past the passport booth, because it was small and nondescript. No nonsense, no questions, just a stamp to send me on my way.
From the border, I was hoping for a bus to Chiquimala to catch the express bus all the way to Flores. I’m still not 100% sure the guy wasn’t lying to get my business, but he said that bus “doesn’t run today” for unknown reasons and sold me a ticket on his bus, going all the way to San Luis de Peten for 125 Quetzales, which was a good portion more than half of my journey, so I was cool with that.
We stopped for about 15 minutes in Chiquimala, I had a plate of beans, tortillas, rice & coffee for something next to free at the bus station, then we started again. In San Pedro de Cheten, I had to catch a collectivo van to the next town, in order to find a bus to Flores. I think this was 20 or 30 Quetzales, left maybe 15 minutes after I arrived, and was PACKED with people. Once we got to Poptun, the bus to Flores was already pulling out of the parking lot, and they threw my back in the back while I climbed in, all while the van was still moving. This collectivo got so full that the guy collecting payments got out and stayed behind at some point on the route, just to fit in more customers. Cost was 20 Quetzales, and it took 3 hours for the 2 buses combined.
We arrived at the “Nuevo Terminal” on the southeast side of town, and I decided to walk with my stuff over to the island to my hostel, Los Amigos. Imagine how many taxis and tuk-tuks stopped to try to sell a ride to a white guy with a big backpack. 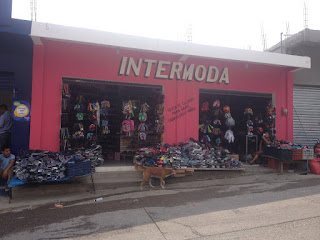 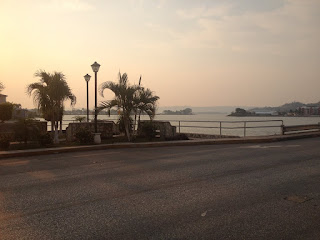 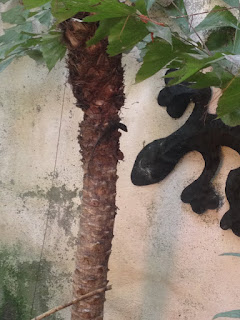 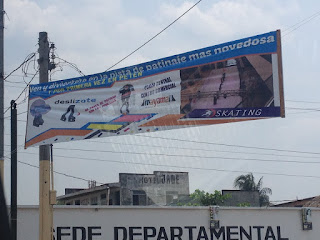 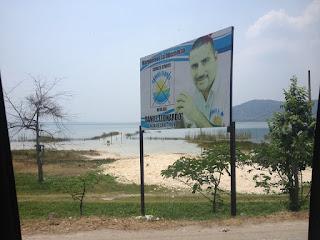 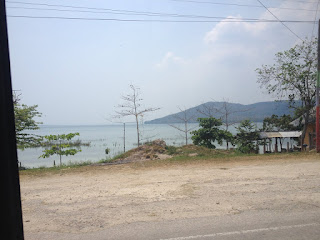