Pushkar in Rajasthan: wake me up when it gets interesting

September 17, 2016November 12, 2017 By The Wandering Vegan
After my morning train from Jodhpur, I arrived in Ajmer – the next town from my destination: Pushkar. I bought some 10 rupee samosas (served in a cool newspaper bowl) shortly before arrival and then set out with a semi-full stomach to sort out how to get to Pushkar, since the train doesn’t run there. 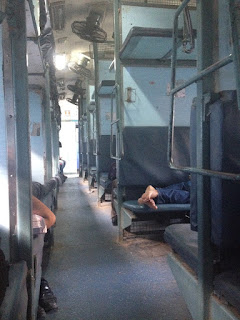 I’d read that there was a bus from Ajmer to Pushkar regulary, so I stopped at the info booth at the train station to ask about it. That bus runs from the main bus terminal, which is about 10 minutes away. However, there’s also a local bus (read: stops a lot to pick up/drop off) that stops right across the street, costs less, and seems like a great idea. I crossed the pedestrian bridge and commenced to have one of the most interesting ‘waiting for a bus’ experiences of all time. Check out this “bus stop” and the ultra-public urinals next to it. 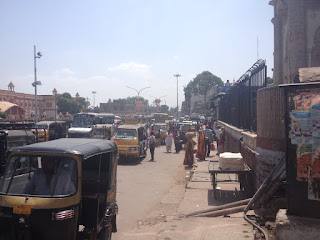 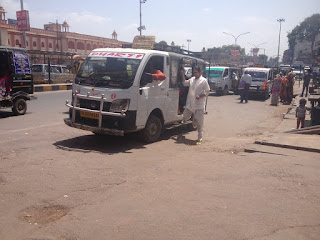 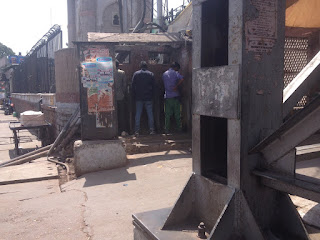 The drive over a large hill to get to Pushkar was actually really scenic. 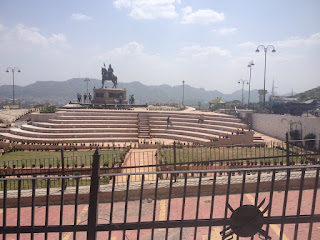 After arriving in Pushkar, I got off at the edge of town, near where the road splits and heads toward Zostel. Wouldn’t you know it that a bunch of tuktuk drivers swarmed me to tell me that I needed a ride, since I hadn’t gotten off in the city center? No kidding.

After checking in and dropping my stuff, I set off to walk through the town some. Pushkar is quite small, so I crossed it rather quickly. 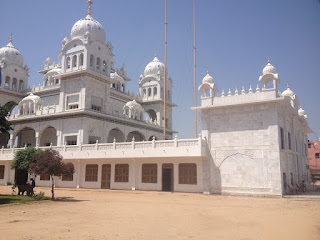 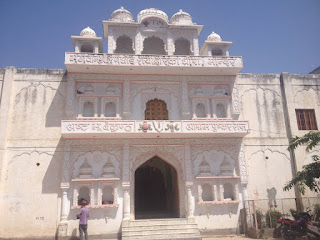 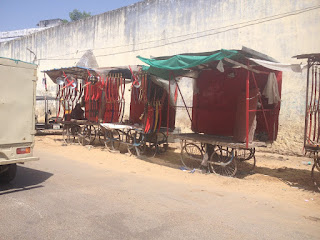 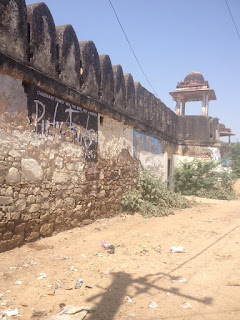 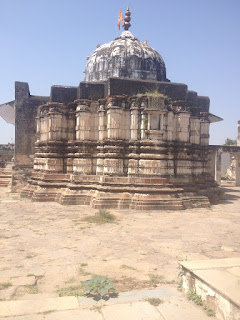 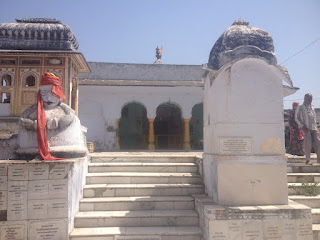 I made a wrong turn down some tiny alley, because the one I wanted was blocked by cows, and I saw this sign. Not sure where it was leading to, but I chuckled. 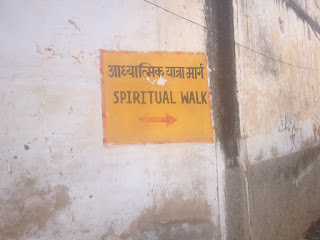 The heat was intense, and I needed to get out of the afternoon sun, so I went back to the hostel and swam in the pool (what a treat!) for a while. When the sun went down, I went to an Israeli restaurant with some people from the hostel. Pushkar is a holy city, so there’s a rule that all restaurants must be vegetarian. That was pretty cool, but it was about the only cool thing in the city (other than the pool!).

At night, Zostel shows Bollywood movies, but I was just too exhausted and decided to crash early. Luckily, most of the people in my room had come on overnight buses, and some others were planning to get up for a sunrise hike, so we all went to sleep early and didn’t have anyone coming in late to wake us up. This is as rare as a unicorn.

After sleeping in the next day, a group of us went out to breakfast, which was really nice. After that, I walked down to the artificial Pushkar Lake (which has temples around it) and the fancy-pants Hotel Pushkar Palace next to it. 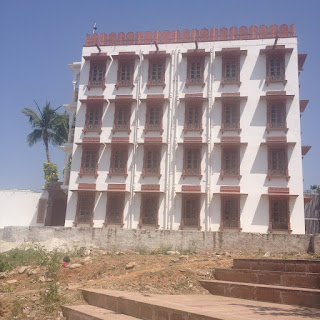 Want to ride some 4-whelars later? 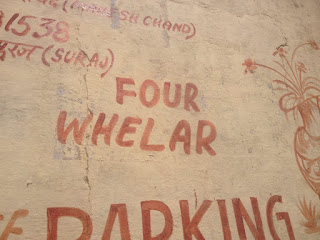 I walked through the market on the north side of the lake later and came across Honey & Spice cafe, which advertised VEGAN BROWNIES! It was super delicious. The dinner was kind of decent, but the brownie was really awesome. 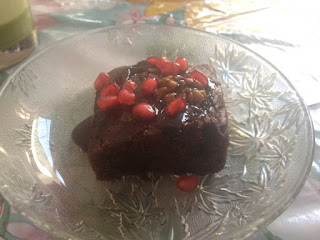 I went back to the hostel to rest and relax. I was still recovering from seeing & doing too much, and I had another night bus coming up. I swam in the pool again (despite the fact you’re supposed to pay to swim, if you’ve checked out. Shh…) and then watched the nightly Bollywood film (it wasn’t very good, to be honest, but the atmosphere was fun in the common room).

Taxis stop running after 11pm, and my night bus wasn’t until 1am from Ajmer, but I didn’t really have any choice. Zostel was really nice. If I had been staying longer, I would’ve liked this hostel a lot, even though the town wasn’t very impressive. 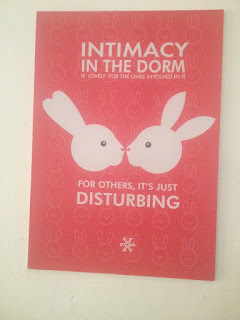 Next up: Bikaner and the famous “Rat Temple”