Return to Mandalay en route to Singapore for Mactastrophe 2016

August 5, 2016November 12, 2017 By The Wandering Vegan
I slept like garbage on the night bus. I just couldn’t get comfortable.

We were supposed to arrive in Mandalay around 3:30am, and my experience with buses told me we’d arrive around 4:30. I didn’t know exactly my flight information, but I expected that I’d be leaving early, so my plan was to roll into Mandalay, get on wifi really fast, check the flight info, and then probably go straight to the airport.

We arrived a hair before 2am.

There was no way I was going to go to the airport at 2am and wait for what was probably an 8am flight. I told a tuk-tuk driver to take me to a low-cost hotel nearby, as long as it had wifi, so I could sort out what’s going on. The driver was really confused, because I wasn’t saying “take me to hotel x.” I finally conveyed the meaning with, “Hotel near airport. You choose. Cheap cheap with wifi.” We started driving, so I assumed that had worked.

The hotel was massively surprised that a foreigner without a reservation showed up in the middle of the night, but I got a comfy room, downloaded my emails to see my flight itinerary and hostel booking for Singapore, and then shed a silent tear over my laptop. 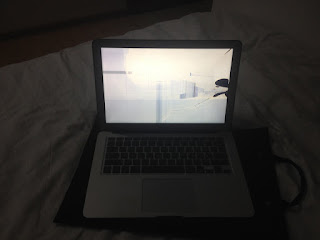 My flight wasn’t until nearly 11 in the morning, so I was able to get several hours of good sleep, take a shower, and enjoy the free breakfast.  I was also really into this safety sign in the elevator. 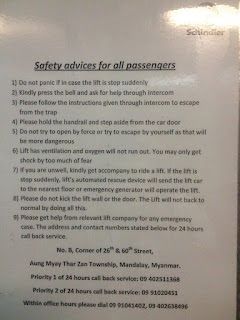 At check-out, there was surprisingly no shuttle or bus service to the airport. I had to get a private taxi, and that surprised me. I can’t be the only one at this hotel asking for a trip to the airport, and I’m sure that others have in the past, also.

The Mandalay airport isn’t great, and I couldn’t use the wifi to accomplish some things I needed (like getting directions to the hostel from the airport, notifying people that we wouldn’t be meeting up in Myanmar, etc.) because you had to have a working phone number to receive a text message with a log-in code. Note to numerous countries using this system: not everyone has a phone number that works all over the world.

I also had 2 other strange experiences: 1) This is the weirdest snack I’ve ever seen. 2) I found root beer!!!!! Man, that’s exciting. Root beer outside the US is almost non-existent. This lifted my mood. 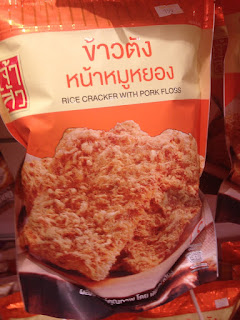 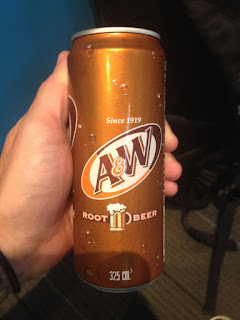 I boarded my flight, took a short nap, and woke up to customs forms being handed out for Singapore. I was trying to focus on the silver linings: I’d see O, I’d wanted to go to Singapore at some point, and I was accomplishing something necessary in taking care of my laptop, because it’s how I do work while traveling. 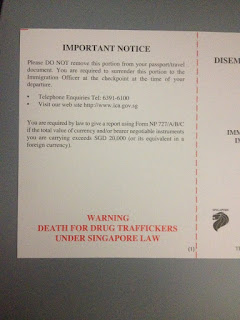 Myanmar seemed amazing and beautiful and had wonderful people. I was sad to be leaving so soon, and I will definitely be back at some point—hopefully not too far in the future. The next week(s) became unknown variables, depending on the fixability of my laptop in Singapore.

I’ll be back some day, Myanmar. There’s too much more to see.

Next post: Fun times in Singapore and resolving Mactrastophe 2016.