Train journey to Kandy, Sri Lanka + a lot of being sick

October 2, 2016November 12, 2017 By The Wandering Vegan
My flight to Colombo arrived at 1am. From here, I took a taxi to the train station, since my plan was to get into the middle of the country. I had booked a ticket to Kandy, leaving at 6am that morning. I figured I’d just nap a bit at the waiting room. Too bad the entire station was locked up, and I had to pass 3 hours just sitting on top of my backpack. It was a rough night. 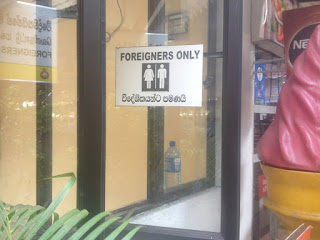 After arriving in Kandy so early (8:45am), I wasn’t sure if the hostel would let me check in. There was a lot of activity, because so many people were checking out, so it turned out to not be a big deal. They changed some sheets, and, since I was the only one in the room at that time (everyone leaving, no one else arriving yet) I had my free choice of any bed I wanted. I settled in for a nap, and, when I woke up, I was sicker than ever.
This came to be the theme of my time in Kandy. Lots of running to the toilet and not feeling up to doing anything, because exploding from both ends saps your strength & energy, dominated my time.
I went to the Soya Centre for lunch. I was really pleasantly surprised that I was greeted with, “Hello, everything except for this (gesture) 1 candy is vegan.” Awesome! I had a sandwich and a soft-serve ice cream cone. What a treat. 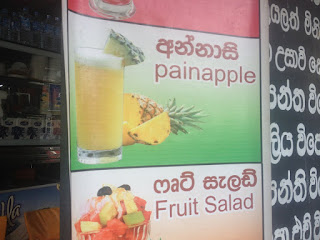 Just that walk of maybe 4-5 blocks completely wore me out, and I was feeling the need for another visit to the toilet, so I made my way back to the hostel. This became a recurring theme: go to 1 spot, go back to the toilet. What a way to spend a vacation in a new city.
That evening, I set off to visit the famous “Temple of the Tooth,” as it’s known, because they claim to have 1 of Buddha’s teeth. I couldn’t get in, because I was wearing shorts, and I found out there’s an admission charge of almost $15. I am not interested in paying $15 to see a temple; I just can’t justify it. 1, I’ve seen a lot of temples. 2, I don’t like giving money to religions, especially for claims I find as highly dubious as “we have 1 of the Buddha’s teeth.”
I walked around the surrounding area and took some pictures. 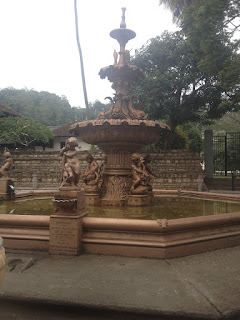 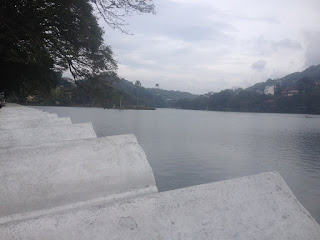 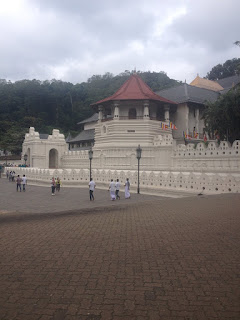 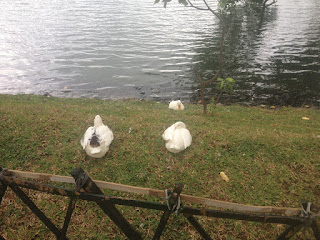 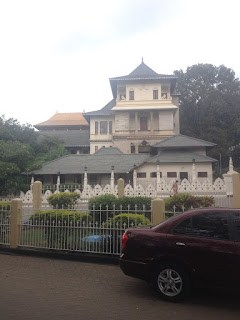 Look how much pigeon poop there is! 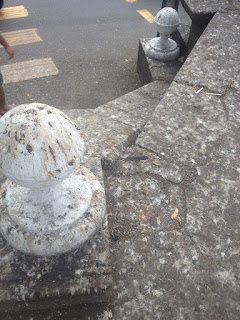 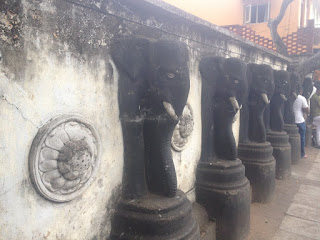 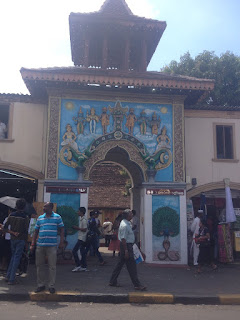 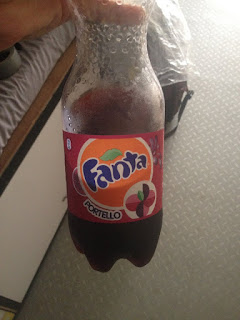 For dinner that night, I came across a small vegetarian café and had a dosa there. It turned out to be a bad idea, despite being delicious, because my stomach just couldn’t handle any more curries or fried items, and I felt sicker afterward. It was delicious, though. 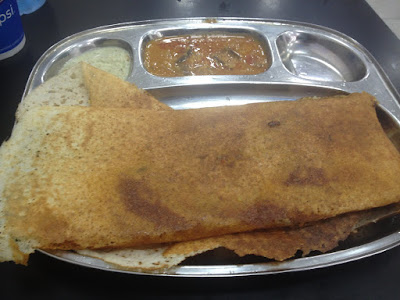 When my alarm went off the next morning, planning to take the train onward to Ella, I just couldn’t get up. I’d woken up to run to the toilet lots of times, I was exhausted, and I didn’t feel like having another episode of being sick on a train toilet. I went back to sleep, until I woke up for lunch. I had another sandwich and ice cream cone, then back to my bed. Just going to lunch wore me out.
Since I’d skipped my train, I needed to go to the train station that afternoon to ask about tickets for the next day, and I enjoyed some sights along the way.
Reserved seats were sold out for all classes the next day, so I had the option of waiting or showing up at the time of the train to buy an unreserved ticket (you might get a seat or might have to stand/sit in the aisles). That gave me flexibility to decide at the last minute, at least.
This giant Buddha statue is across from the train station. 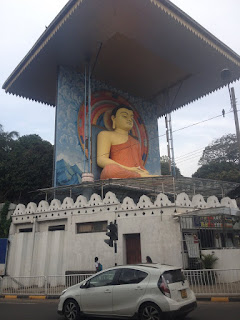 On the way back, I came across this strange incident of a dancing panda and dancing rabbit. 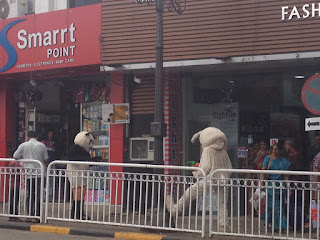 That night, I went to the supermarket and bought bananas and apple juice. That’s all I had for dinner. Nothing else sounded appealing. The smell of fried food on the street was making me nauseous. I even stopped at a pharmacy to get some stomach medicine. I resolved that, if I felt worse the next day, I’d move to a hotel with a private room, so that I could try to recuperate without having to run up a flight of “you might die here” steps to a shared bathroom every time I needed to use the toilet (which was rather frequent).
When my alarm went off the next morning, I was still too exhausted. I couldn’t drag myself out of bed. My legs had that run-down feeling from when you’ve been feeling horrible for a few days, and I couldn’t convince myself to put on my backpack and walk 10min with it to the train station. Back to sleep I went.
I repeated my previous cycle of rest, lunch at the Soya Centre, rest, walk a bit just to get out of bed, rest, and then the supermarket. I got some soymilk and granola for dinner and actually felt better after this. The next day was make-or-break. I only had 5 days in Sri Lanka, and my plans had been shot by being sick. Of the 4 nights I had on the island, I’d spent 3 of them in Kandy. If I didn’t take the train the next day, I wouldn’t have another option. On day 5, I had to go back to Colombo.
Luckily, I actually slept through the night that night. I woke up feeling the best I had in a few days, showered, and went to the train station. I got my “unreserved” ticket and also bought my ticket for the next day from Ella back to Colombo. The 2nd class “unreserved” ticket was less than $2 for a 7 hour train ride that Lonely Planet describes as “one of the most scenic in the world.” What a deal! On the way back, I decided to splurge and pay nearly $12 for first class with larger windows for a better view on the ride between Ella and Colombo.
With tickets in hand and a confirmed return trip for the next day, I lined up, slinked quickly through the crowd, and secured a precious empty seat on the train. 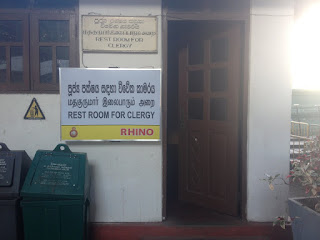 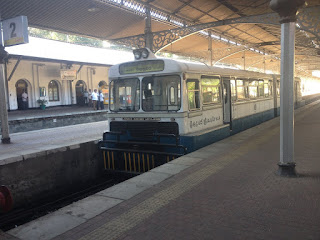