Back in Bombay for my last 24 hours in India

September 29, 2016November 12, 2017 By The Wandering Vegan
Back in Bombay for a day, I was staying in a totally different part of town, not too far from the airport. I used Uber to get to the hostel, which needs a bigger sign (I was standing in front of it and couldn’t find it).

I was definitely feeling sick at this point and didn’t have much strength, plus being tired from the early flight, so I relaxed a lot at the hostel. The hostel could be really cool, if I was feeling better. The staff seemed awesome, and the wifi was BLAZING fast.

I will also say that someone on the hostel staff had a great sense of humor. 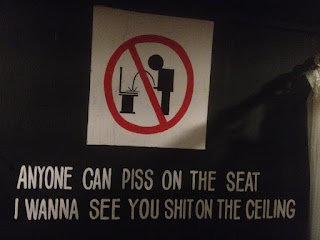 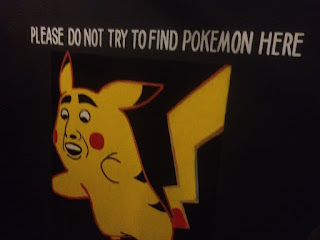 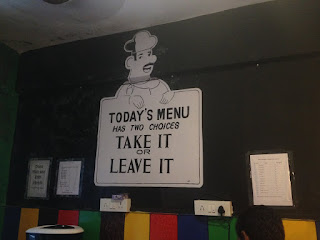 After a nap, I decided to walk around and find food. For the shortcomings of my previous hostel, I will definitely say the area and food around there were much better. This area was full of mechanical parts shops, with a limited supply of places to eat. It also took me forever to find an ATM, which is usually a bad sign that there’s no social life in an area.

For dinner, I wanted something easy on my stomach and just couldn’t take another curry. I wound up finding a Subway and eating a veggie sub there. It tasted like heaven.

My friend, S, was working nearby, so it seemed like the estimated 5min walk from Google Maps would make meeting up one last time quite simple, but she didn’t wind up getting off work until after 3am. I was long since asleep at that point. I wound up sitting around talking to people at the hostel for a while and then called it an early night.

The next day, I was massively disappointed by the “free breakfast” at the hostel. The only thing they had was scrambled eggs. Nothing else. Not even toast. Just scrambled eggs & tea. Wow.

I bought some fruit from a nearby stand, ate that quickly, and then requested a car from Uber to get to the airport. Things got dreamy at that point.

Airports are usually a black abyss for vegan food. The options are usually chips or peanuts, and that’s not much of an exaggeration. After checking in, I was walking to my gate and noticed this gem of a sign saying “veg hot dogs.” After a few questions to verify what they had that was vegan, I had a vegan hot dog + french fries + Coke at the airport. What a great day! 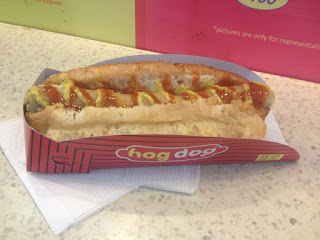 My flight to Chennai went off without a hitch, and I had 6 hours to kill before my flight to Colombo, Sri Lanka and out of India. Funny enough, my visa expired at midnight that night, but my flight out of Chennai didn’t leave until 10min after midnight. No one seemed to notice that I was technically overstaying my visa, but I made sure to get through passport control & customs as quickly as possible, once my flight actually opened for check-in (which was after 4 hours of sitting around in the lobby of the airport).

During this time, a group of kids kept pestering me, “Football player? Football player?” Apparently, the only white guys with tattoos in India must be professional athletes. Looking back, maybe I should have said “yes” and posed for some pictures/signed autographs. They would’ve been stoked.

I had a really strange experience while waiting at the airport. There was a vegetarian cafe outside the international terminal, so I decided to get some dinner out there. It was monumentally difficult. I had to argue (including raise my voice) with the security guards to let me go out. Their excuses included “terrorism” and “we don’t know what you might be taking out of the airport.” Excuse me? Taking out? Usually, you worry about what people are bringing INTO the airport. What could I possibly be taking out? Furniture? Bad reviews? It was insane. They finally took me to security, scanned my bags to see what was inside, and then let me go out. Common sense was not a factor in this situation. 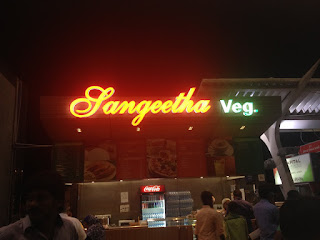 After all of the hullabaloo, they yelled to the guards outside to remember me, and let me come out/go back in again. As if they’d forget me…

I had some weird, not-great veggie burger and some “veggie puff” thing that was like a croissant crust, shaped like a square, and filled with steamed veggies in a brown sauce. Nothing amazing, but—again—it was vegan food at an airport that didn’t come in shrink wrap. I was very happy.

Back inside, give the stink eye to the guards (“Look, there was no international incident while I ate!”), and finally ready to check-in. Bag drop, passport control, customs & wait.

My month in India was amazing. It has profoundly impacted me, in ways large & small, good & bad. I feel like I’ve only scratched the surface of what India has to offer and have seen such a little amount of the country. I’ll be back some day. I don’t know when, but I will.

Next up: through Colombo to Kandy, Sri Lanka. Country #86.